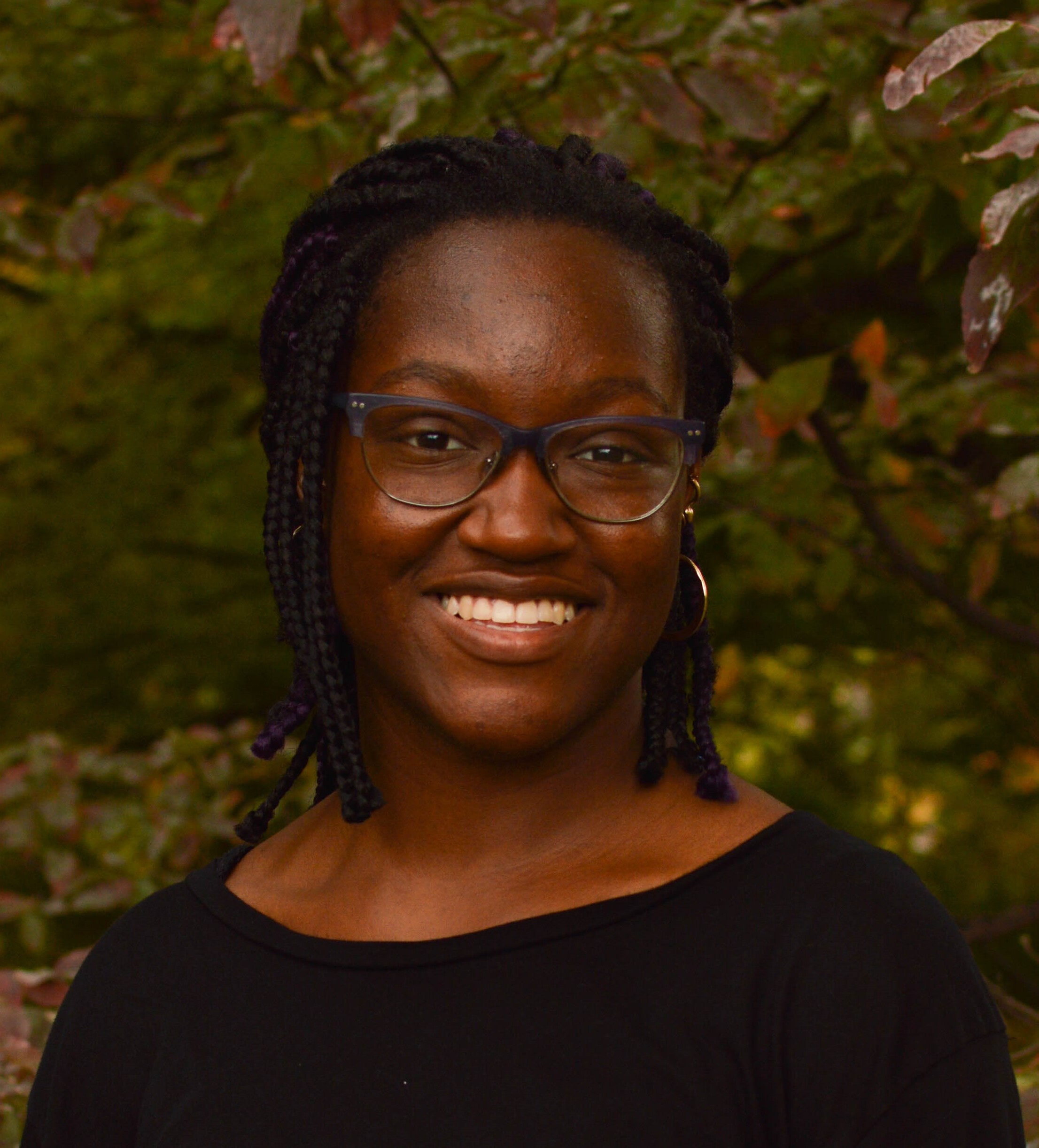 Nkima, a rising senior in Columbia College, is thrilled to be joining the Movement Lab as a Student Artist-in-Residence! She is looking to explore empathy and human connection through the lens of dance and movement; with some of her principal questions being: how can we build trust and mutual understanding with storytelling? how does technology interact and relate to this inquiry?

She is also interested in bringing more non-dancers into the space and pushing the boundaries of what dance/movement "should" look like. As a neuroscience major and a dancer, she hopes to use what she has learned about psychology and movement to better tell stories and work on community building through workshops, interactive performances, and movement installations. 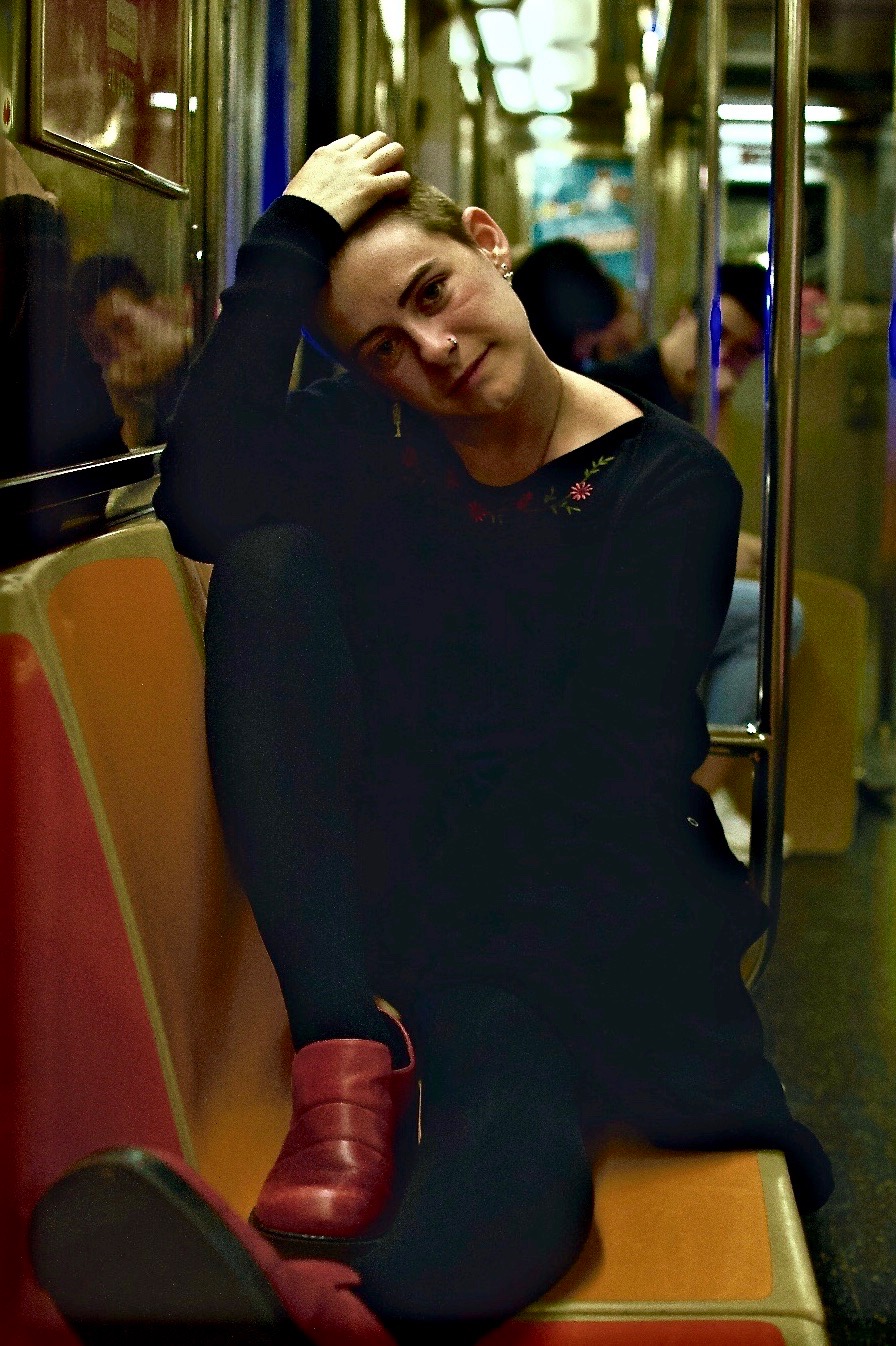 Perry O. Parsons (they/them/theirs) is a senior at Barnard College studying theatre with a concentration in directing. They are a director, writer, and choreographer whose work is concerned with rejects, radicals, deviants, and queers, who love, rage, dance, sing, fail, and hope. They have called California, Washington, Louisiana, Wisconsin, and most recently, New York, home. They are currently directing What Every Girl Should Know by Monica Byrne for the Barnard Theatre department’s annual Senior Thesis Festival.

As part of their residency, they are interested in exploring fatigue and how it binds us to the limits of our body. A common side-effect of being alive and often categorized as a symptom of “laziness,” fatigue is a natural response to hatred and greed in our society and covid in our bodies. Perry is interested in exploring fatigue in their own life and body and the lives and bodies of their peers and neighbors.

You can learn more about Perry and their work at https://perryoparsons.com/. 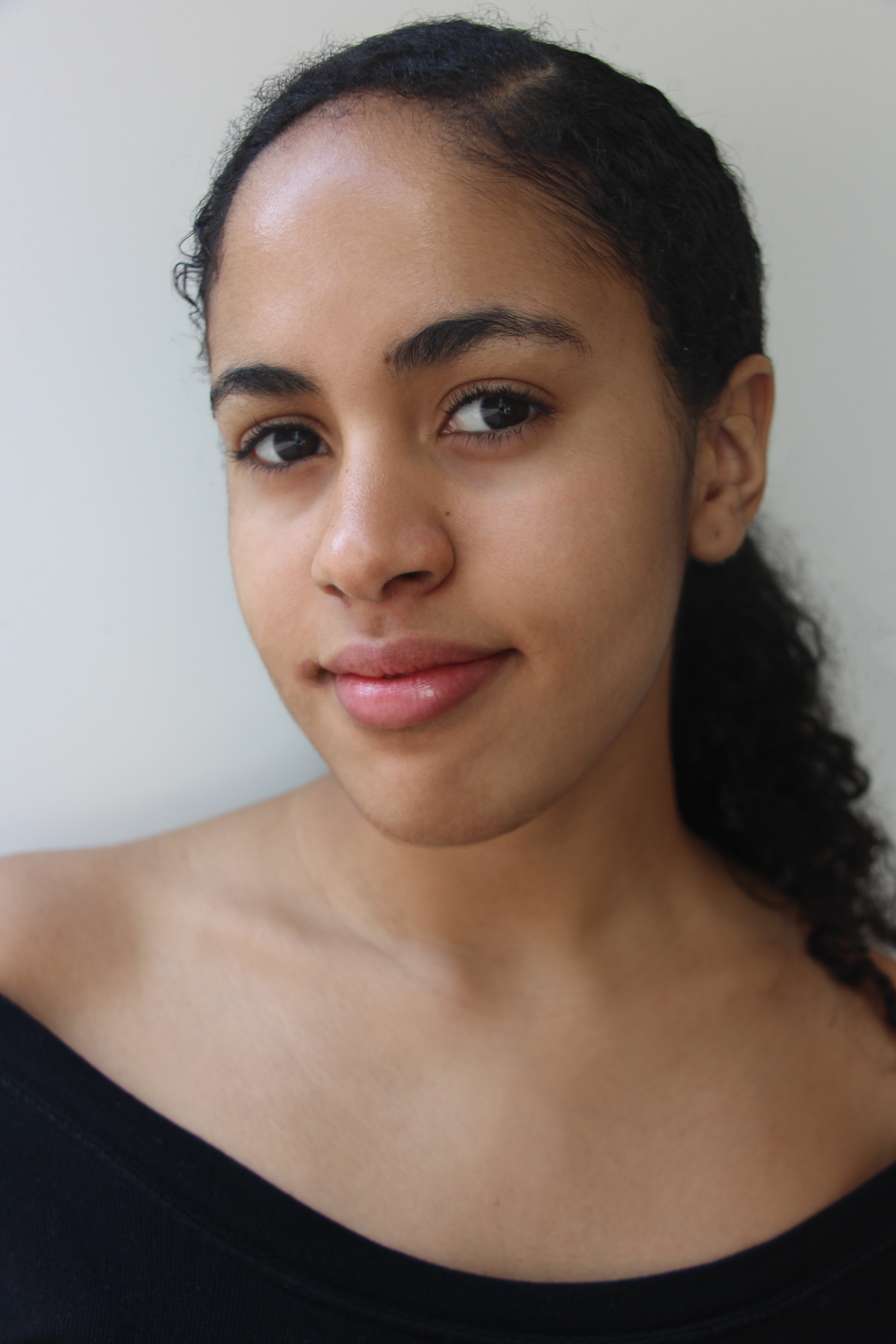 Elise Logan is a senior at Barnard College studying Dance and Interdisciplinary Race & Ethnicity Studies. She is a dancer, choreographer, writer, and activist from the Los Angeles area. She is looking to explore the concept of memoir and how documenting movement can be a method for storytelling in order to reveal truths about the personal knowledge of the mover, their reality, and the times they live in. In the spirit of alumna Ntozake Shange (‘70), the creator of choreopoem, Elise is excited to explore choreopoems and screendances as sites of movement memoir, narrative, resistance, and community-building, using a collaborative and feminist approach to research.

She has choreographed, filmed, directed, produced, and edited two pieces for Barnard Screendance titled, “In Your Curve I Found Mine” and “The Light Moved Us,” along with performing in other students’ films as well. Her choreographic debut was her piece titled “Forgive Me My Sins,” also co-choreographed by her colleague Carla Melaco. All 3 pieces were filmed and produced through the Movement Lab. Elise and Carla performed the piece for The Blackmotherhood Project, the “Bold Black @ Barnard” 2019 exhibit, and for the Barnard Dance Department’s Composition showing.

Mohar Kalra (SEAS ’21, Electrical Engineering) is a cartoonist, filmmaker and creative technologist. As both an artist and an engineer, he is fascinated by how interactive technologies can interrogate audiences’ perception of the seemingly immutable world around them.

His research will focus on confronting audiences with the intangible connections between objects, people and their surroundings. His primary project is an interactive AR experience built with haptic feedback and motion tracking technologies to explore how, in environments increasingly mediated by purely visual stimuli, audiences can reconnect with physical sensation as a means of experiencing their world. His other project will consider how largely anonymous cityscapes can be personalized to better reflect the many lives and experiences that occur within. He plans to use wearables to allow users to frame their experiences of New York within those of their fellow anonymous passersby. Ultimately, he hopes to leverage technology to pull users back into the implicit sensation, movement and information that surrounds them every day.

Emma Lu (CC ‘20) works primarily in printmaking, ceramics, lion dance, and computing, among other mediums. A student of embodied practices, they are interested in how we might move together with care and play. They are (slowly but surely) expanding their fields of study to include acoustics, Web 1.0, stretching, and karaoke. 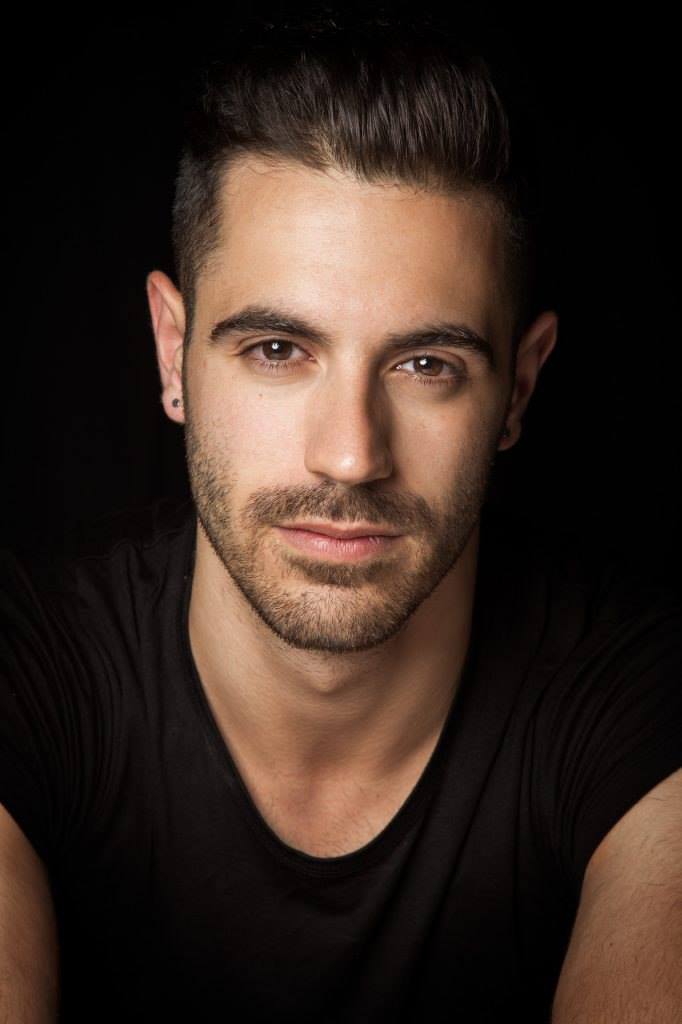 Kosta Karakashyan (CC' 19, Dance) is a Bulgarian director, choreographer, and writer. Using performance, film, choreography, and text, he investigates how to nurture tenderness, empathy, and intimacy in an increasingly anxious, violent, and political world.

He is researching two upcoming spring projects in the Movement Lab: a series of audiovisual vignettes on desire and joy (in collaboration with composer Jude Icarus, projection artist Sophie Visscher, and dramaturg Hannah Story Brown) for CoLab's Split­Bill Evening, shared with fellow Dance major Nadia Halim, and his Senior Creative Thesis, a flamenco/contemporary solo investigating anxiety and burnout using improvisation and bio­sensing responsive lighting, co-­choreographed with Melinda Marquez and in technical and creative collaboration with the Movement Lab's Studio Manager and Technical Designer Guy de Lancey. Kosta's latest project was the documentary dance film Waiting for Color about the ongoing LGBTQ+ persecution in the Chechnya. 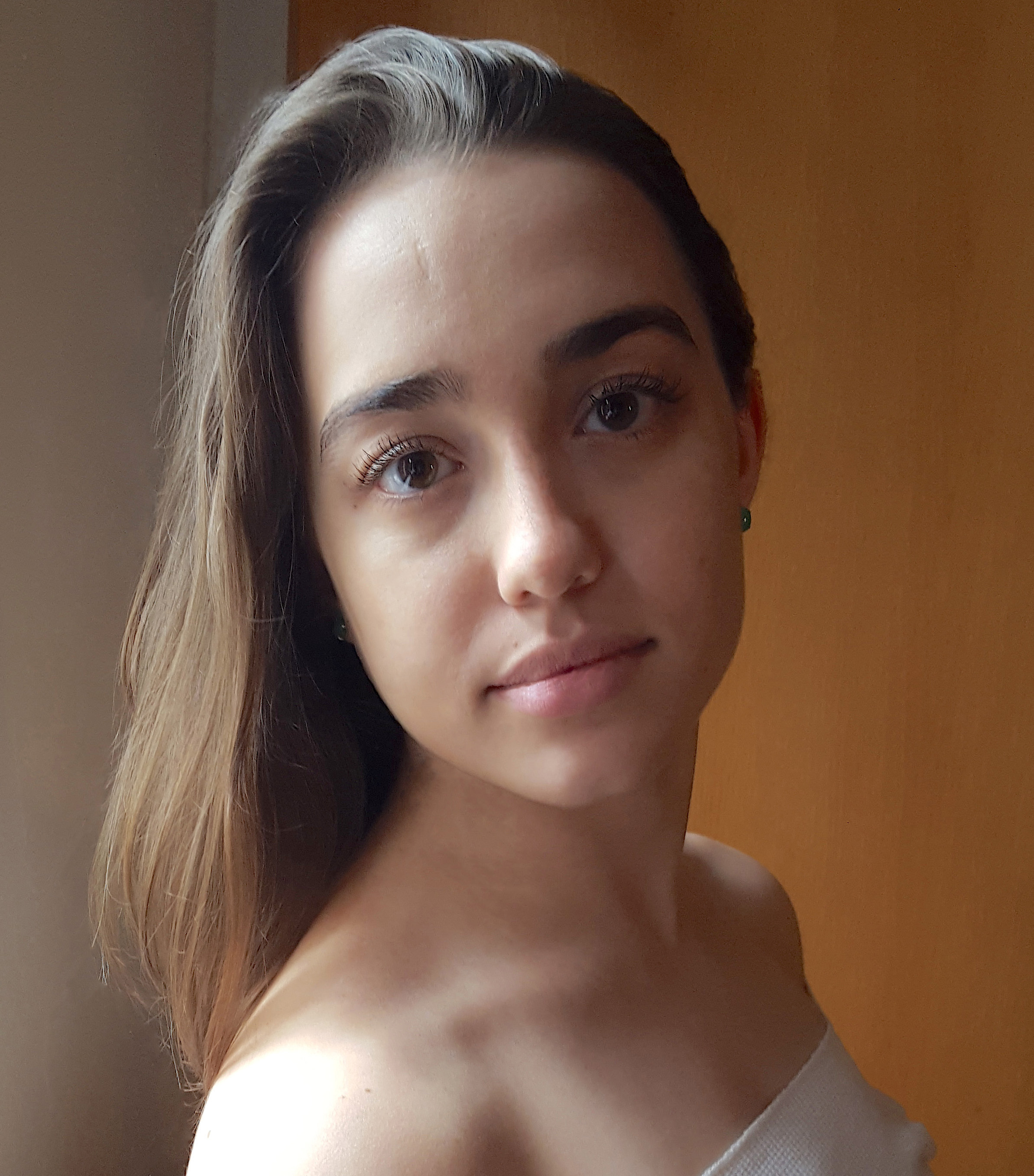 Fascinated with finding ways to visualize the intangible, she is experimenting with using technology to expand our understanding of human movement potential, as well as using graphics and dance to physicalize data, the immaterial information “stored” in computers. This Spring, using the Movement Lab, she will be investigating inherent movement inclinations in dancers. Specifically, she will examine improvisation and how, if given feedback via technology, a dancer can adjust their movement to minimize redundancy and expand their range. She hopes to unite the two universal languages of dance and technology to engage a larger audience and breakdown the gap between these two symbiotic fields.