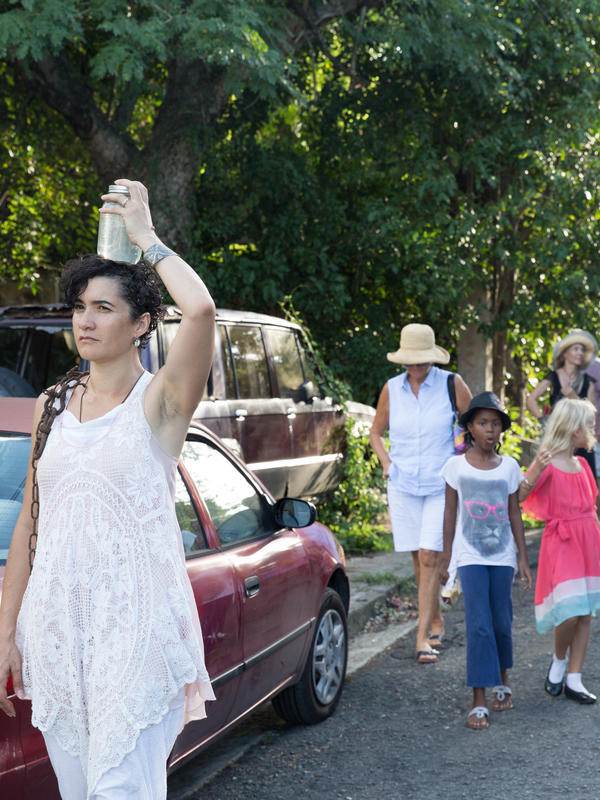 Angela’s Pulse creates and produces collaborative performance work dedicated to building community and illuminating bold, new stories. Angela's Pulse provides a home for interdisciplinary collaborations that thrives on both politics and play, and is committed to developing timely performance works that provoke, inform and inspire. Co-founded in 2008 by Paloma and Patricia McGregor, Angela’s Pulse was named for their mother Angela, an artist, teacher and activist who continues to inspire their work.

Angela’s Pulse is a Black-led, artist-led organization. Their leadership in the field includes their core community-building initiatives Dancing While Black, Building a Better Fishtrap and the newly formed North Star Arts Incubator, a cohort of nine artist-activists who are visioning moving the field beyond “diversity, equity and inclusion” and toward liberation.

Over the course of a decade, the New York-based organization has produced performance work by dozens of artists (from New Orleans to the Bronx), supported 22 emerging Black dance makers through their Dancing While Black fellowship program, and published a landmark digital journal dedicated to the voices of Black experimenters.

In a system and field that emphasizes end-products and individualism, Angela’s Pulse focuses instead on process, developing relationships that create and connect communities over time. They have worked in deep partnership and collaboration with values-aligned organizations, including BAAD! The Bronx Academy of Arts and Dance, NYU’s Hemispheric Institute of Performance and Politics, PURPOSE Productions and New Orleans-based Junebug Productions.

During their 3-year-residency, Angela’s Pulse will expand their creative and organizing capacity by exploring Movement Lab's unique technological resources - including film, VR and Motion Capture. This opportunity comes as AP enters into a collaborative call-and-response with organizers on McGregor's home island, St. Croix, as it struggles to stave off disaster capitalism after the 2017 hurricane season. The work at the Movement Lab will be grounded in the pillars of AP's practice: The Understanding & Undoing Racism principles of New Orleans based The People’s Institute for Survival and Beyond; Urban Bush Women’s Entering, Building and Exiting Community framework; and Angela’s Pulse’s Shared Practice and Fishtrap Method models.