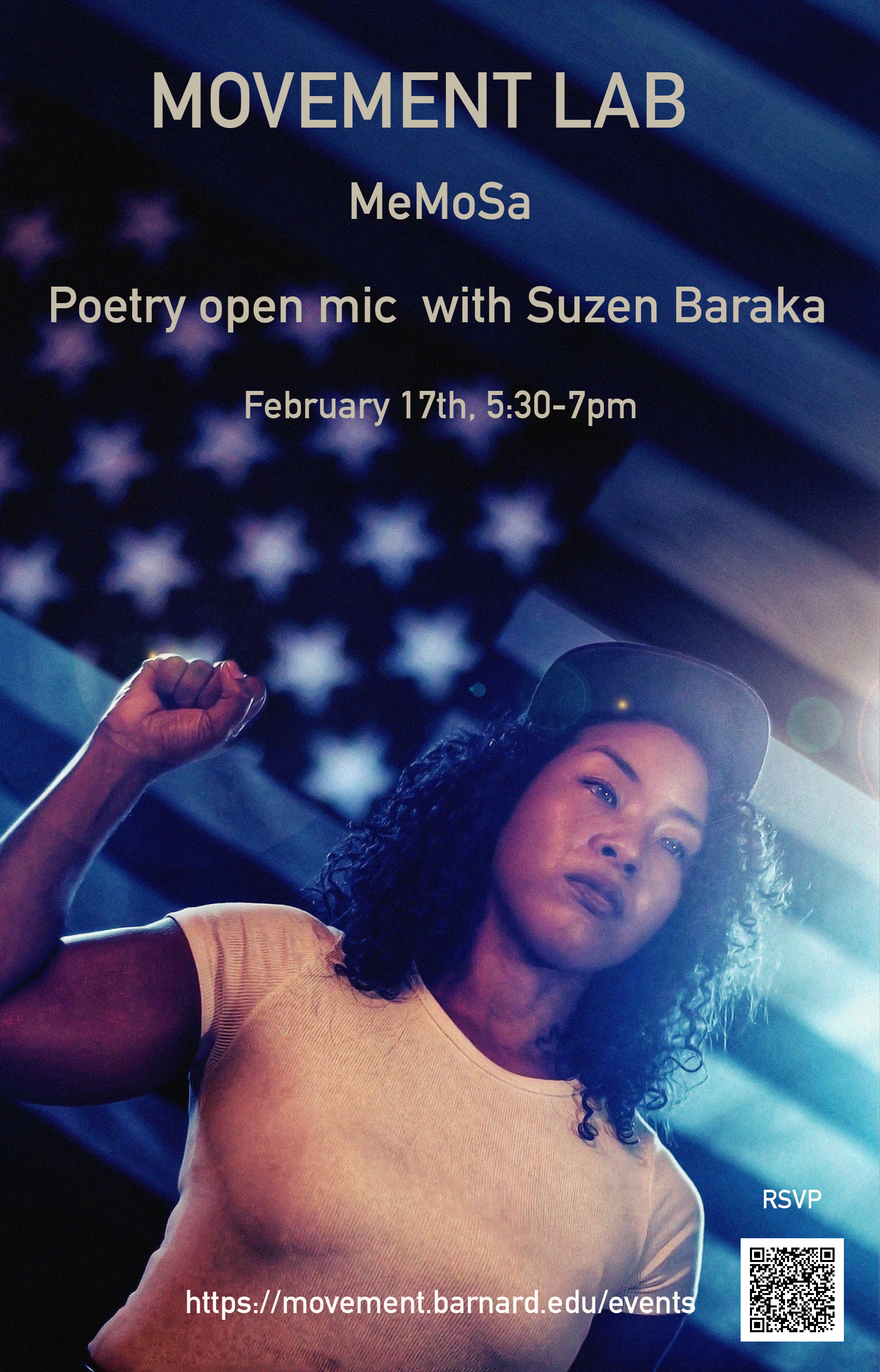 As part of the MeMoSa series, this is an opportunity to share your work (in-progress or complete) and workshop with Suzen Baraka. Suzen has been writing and performing for 17 years and her work is greatly reflective of her experiences as a Black and Korean American woman. She will perform her Emmy Award-winning piece, "VOTE" as well as a new piece titled "My Asian". Suzen looks forward to hearing and experiencing the work of the students at Barnard, in this workshop-style collaborative forum.

Suzen Baraka an Emmy Award-winning poet, writer, actor and activist who has been performing live for over 17 years. Most recently, Suzen co-starred in The Other Two on HBO Max and Blue Bloods on CBS. During the pandemic, she wrote, starred in and released VOTE, originally commissioned by Poetic People Power, directed by Jami Ramberan and published in Kevin Powell's literary anthology: 2020 The Year That Changed America. Further, she appeared in Let America Be America Again produced by Creatives4Biden and released on Election Day 2020, and featured in Ars Nova's #OATH2021. Suzen recently graduated from the Atlantic Theater Company Acting Conservatory and also recently starred in Everlasting, winner of the Viewer's Choice Award at the 2020 Cannes Short Film Festival.